Programmers waste enormous amounts of time thinking about, or worrying about, the speed of noncritical parts of their programs, and these attempts at efficiency actually have a strong negative impact when debugging and maintenance are considered. We should forget about small efficiencies, say about 97% of the time: premature optimization is the root of all evil. Yet we should not pass up our opportunities in that critical 3% 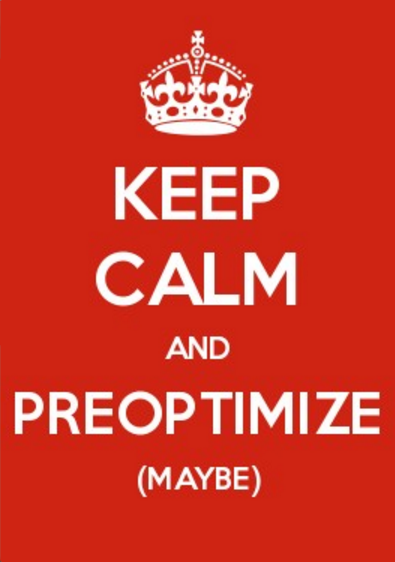 I don’t usually agree with this statement. It’s an old product of a past era where developers were greatly limited by the CPU and memory resources available.

We’ve now gone to the other end of the spectrum and nowadays some frameworks and patterns are way too abstract and disconnected from the underlying technological boundaries.

I’ve seen quite a few projects where the state of the art software engineering practices of Object Oriented Incapsulations & inheritance fail miserably in production because they yield production code which is too slow.

The java VM has been long optimized to run with hundreds of threads and sometimes millions of object instances per web app. That’s just insane!

ORMs are a typical example of abstraction that cause only headaches in production unless you are dealing with no load or no data, as it tries to bridge very different domains (relational and OO) with a one-size-fit-all approach.

Despite of all of the above I fell into the premature optimization trap myself at least once.

Tasked to build an energy management solution I designed a system that would aggregate raw 5min data by multiple intervals defined as buckets of seconds after epoch..

And indeed it worked quite well, not without issues though.

The drawbacks of preaggregating are quite easy to identify though:

It turns out things have improved significantly in mysql 5.6, although I cannot find a definitive reference to it in the change logs and aggregations over up to 100k rows or less than 1mb tend to be very quick. 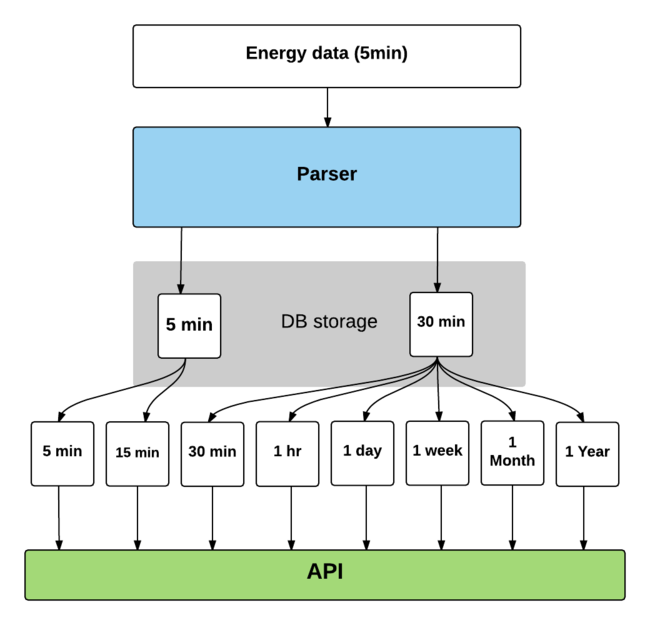 More often than not a hybrid approach like this turns out to be the winner.

Serving content at scale without complexity Command Querying Responsibility Segregation # Martin Fowler and Udi Dahan have in the past described this approach at length. This is obviously not a new concept and what follows is only a... Continue →