I’ve recompiled the same version of redis targeting WinXP as the minimum supported version. By default the MS guys had setup the VC2013 project to target Vista/7 and up.

Unfortunately they soon decided to drop support for 32 bit systems. I’m really not sure why they did that as there are so many 32 bit versions of Windows still out there.

I did play around with the source code on github, had a look at the issues/pull requests and then decided to build the 32bit version of the Redis 2.8.* myself on an Amazon EC2 instance.

I’ve uploaded the result on S3 so hopefully you don’t have to go through the same pain:

If you feel adventurous you can simply do the following 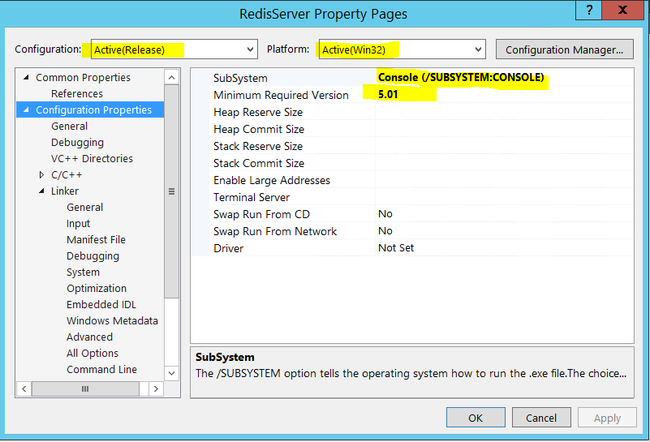 I will start working on compiling version 3.0 soon

Naxsi is an open source WAF module developed by NBS System and released under GPL v3 In the past a nginx-naxsi standard Ubuntu package was available from the official repositories. Unfortunately this package is no longer maintained so we... Continue →